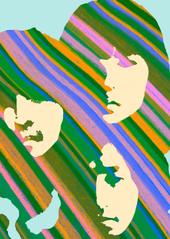 They are currently recording their 5th album.

One thought on “Lamp”