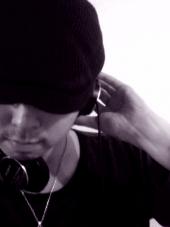 Saitama native jazzythm was originally an R&B-Hip Hop music track-maker. However his music has evolved into its own stand alone style mixing house, jazz, and hip hop for a unique sound.

He released his first mini album “Garden” in 2008 (on itunes) and will be releasing his first full album in July of 2010.

He currently has his song featured as the ending theme on J-Wave’s Radio x Spider. Be sure to take look at this rising young talent.