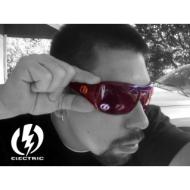 West Coast Hip Hop Artist Hotpa has been working hard on the Hip Hop scene in the States and Japan. Born and raised in California to Japanese and Hungarian parents, Hotpa has been introducing a true international perspective to the world of Hip-Hop. He has used his mic skills in collaborations and tours with artists from Japan and America including Mac Dre, Zioni, Sphere, Cornhead, and more. The recent compilation album “Bayside” which he was featured on, sold over 150,000 copies alone.

He currently has a solo album (Live2Learn2Love2Die) available online featuring two of his latest singles including the critically praised “Breath of Fresh Air” feat. R&B Vets and “More Than a Love Song” feat. Yukie.  He even has a clothing line (www.ShopTruthHeals.com) featuring some extremely hip fashions. Hotpa is a man of many talents and is ready to show them to the world.